You are here: Home / WTF Is Kundalini Yoga?

A friend of mine was telling me about this yoga teacher she had practiced with, named Jai Dev, who taught ‘Kundalini’ at a small studio tucked up in the Sierra Foothills of Northern California.

“Have you ever done Kundalini Yoga before?” she asked me.

My friend smirked at me and told me I should go and check it out.

“Taking a class with Jai Dev is like having your own personal yoga coach. His classes are powerful and he’s refreshingly down-to-earth” she urged.

Now the truth was that I’d heard about Kundalini. I was a long time Hatha practitioner and Kundalini was starting to build buzz in the yoga world.  However, as a certified and habitual skeptic, I took one look at those turbans, white flowy clothing, and the smiles plastered across their faces and every single ‘cult-y, quack-y, car alarm’ in my brain went off at once. The ‘kunda-loons’ I called them.

First of all, I’ve spilled salsa and/or coffee on every article of clothing I own. I’m not cut out for white anything. Secondly, my parents were part of something called the ‘The Fellowship” (not like Lord of the Rings) back in the early 80s . Their disdain and disillusionment with any type of spiritual community had become a deeply ingrained dogma of my own. Yep, I had a dogma against dogmas. Go figure!

Maybe because I was new to town and desperate for community or maybe because I wanted my new friend to think I was cool and open minded- I can’t say for sure exactly what the reason was, but in that moment I made my decision to go and try it out.

So, a couple weeks later, I sheepishly walked through the doors of Wild Mountain Yoga, in Nevada City, CA.

The reason I say it was ‘almost by accident’ is because I had absolutely no idea what I was getting myself into. Every expectation about what I thought Kundalini was going to be was shattered within the first few moments of my very first experience with it.

As if he could read my mind- or maybe just the look on my face- Jai Dev immediately asked the class who was brand new to Kundalini Yoga. A few of us reluctantly raised our hands to half-mast. Right then, he launched into this charming anecdote about a new student who had once walked into his class a few minutes late and nervously blurted out, “I’m like… a level zero!”

With this one simple story, I could feel all the tension in the room begin to dissipate immediately. Jai Dev had just expressed, better than us beginners probably could ourselves, exactly how we were feeling and he made us feel like we were in good company. I started to get the sense that I was in the presence of a true teacher- the kind you hear about but rarely ever meet.

From there, Jai Dev jumped into a 15-minute lecture about the nature of the mind, how my thoughts didn’t have to control me, how my navel was really a lever that could be pushed and pulled in a way that could make me more vital, more confident, and more… real.  As he deftly wove in wisdom teachings from the Dalai Lama, Maya Angelou, Chris Rock, and the lesson he learned from his basketball game last Sunday, all 25 of us students sat silently captivated.

With the exception of drinking any Kool-Aid, I was ready to do pretty much whatever he was about to ask me to do.

And do, we certainly did…

For the next 75 minutes, we vigorously waved our arms in every direction imaginable, we made sounds like monkeys, we sucked air through an imaginary straw until the room glowed like… like I don’t know what, but the room was f*&^ing glowing, ok?!

At the end of class I laid down onto my back, and into a pool of my own sweat, while Jai Dev wafted the celestial sounds of his Sun Gong over our luminous bodies and tranquil minds. I don’t use this word lightly, but it was truly a majestic experience.

So, WTF is Kundalini Yoga?

In a world seemingly filled with fluffy spiritual types and cautionary tales of scandal, it’s a totally fair question and to be honest, I’m not entirely sure how to answer it.  However, since that first class, I’ve spent the last 3 years passionately determined to figure it out. In that time, all I’ve come to know is that it makes my life better. Kundalini makes me kinder, more thoughtful, and more intuitive. I feel healthier, more confident, and sincere. For the first time in my life, I can say that I’m living with a genuine sense of purpose.

So really… who cares what it is? My skepticism about Kundalini Yoga has been alleviated by the very real experiences I’ve had with it during my practice and throughout my life.

It took me some time to get over my preconceived notions I had about the beards, the turbans, and the ‘all white everything’. I still don’t do any of those things but no one has ever made me feel like I had to, to be a real yogi. The truth is that every Kundalini class with Jai Dev I’ve ever been to has had me check my ego and my dogmas at the door.  This practice doesn’t require faith nor does it require a religion or even a desire to be ‘spiritual’. As I heard Jai Dev say once, “the spiritual path is really just another term for the way of human maturity.” I love that about this practice- it’s inclusive, accessible, and always meets me exactly where I am.

I didn’t know what I was looking for when I walked into that first class a few years ago, but what I found was something that has deeply transformed every as aspect of my life. I may not be able to tell you exactly what Kundalini Yoga is but there is one thing I know for certain… if you go into it with an open mind and heart and you stick with it even when it’s hard, it inevitably and undeniably works.

Our site uses cookies to give you the best possible experience.

You can learn more, or set your preferences in settings. 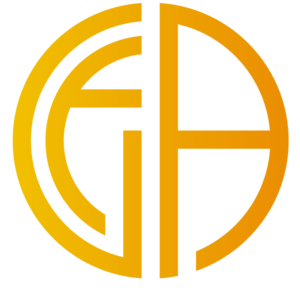 We have created this Privacy Policy to ensure that you understand our policies and procedures relating to privacy, what personal information you must provide if you wish to use certain portions of the Websites and the Services, ultimately, just how we use such personal information.

When you make a purchase on one of the Websites, when you subscribe to the Services, and/or when you enter a contest or other promotion, we may ask you for certain personal information such as your name, address, email address, or credit card number, in order to process your order, manage your subscription, administer the contest, or send you promotional emails. Providing personal information in these instances is solely your choice; you do not need to provide such information, make purchases, or enter such contests to browse our Websites as a Visitor.

You can remove your e-mail address from our e-mail list at any time by following the procedures set forth in the Section 9 below (“Opt Out Procedures”) or by clicking on the “unsubscribe” link in every e-mail from Jai Dev Singh, LLC. In addition, you can modify your information or change your preferences, as set forth in Section 10 below (“Reviewing or Changing Your Information”). Information obtained through the Websites and/or the Services may be intermingled with and used in conjunction with information obtained through sources other than our Websites, including both offline and online sources.

Most browsers are initially set up to accept cookies; however, you can reset your browser to refuse all cookies or indicate when a cookie is being sent or you can flush your browser of cookies from time to time. (Note: you may need to consult the help area of your browser application for instructions.) If you choose to disable your cookies setting or refuse to accept a cookie, however, you may not be able to access all areas of the Websites and/or the Services.

We also use cookies to improve the performance of our advertising on other websites. Although you may not opt out of receiving online advertisements generally, you may control the collection of data on our site used for targeted jaidevsingh.com advertising during your visits to other websites.

We may employ third parties to perform services or functions on our behalf in order to improve our Websites, merchandising, marketing and promotional efforts, communications or other services. Those third parties may include authorized contractors, consultants and other companies working with us. They only have access to personal information needed to perform their functions, and they may not share any personal information with others or use it for any other purpose than providing or improving Jai Dev Singh, LLC’s services and offerings.

The Jai Dev Singh, LLC Parties may be obligated to cooperate with various law enforcement inquiries. Each Jai Dev Singh, LLC Party reserves the right to disclose or transfer personal information and non-personal information about you and your activities on our Websites in order to comply with a legal requirement or request from law enforcement or other government officials, administrative agencies or third parties as we, in our sole discretion, determine necessary or appropriate for the administration of justice, or in connection with an investigation of fraud, intellectual property infringements or violations of any other law, rule or regulation, our Terms of Use or other rules or policies of our Websites, the rights of third parties, or an investigation of any other activity that may expose us or you to legal liability, or to investigate any suspected conduct which Jai Dev Singh, LLC in its sole discretion deems improper.

Strictly Necessary Cookie should be enabled at all times so that we can save your preferences for cookie settings.

If you disable this cookie, we will not be able to save your preferences. This means that every time you visit this website you will need to enable or disable cookies again.